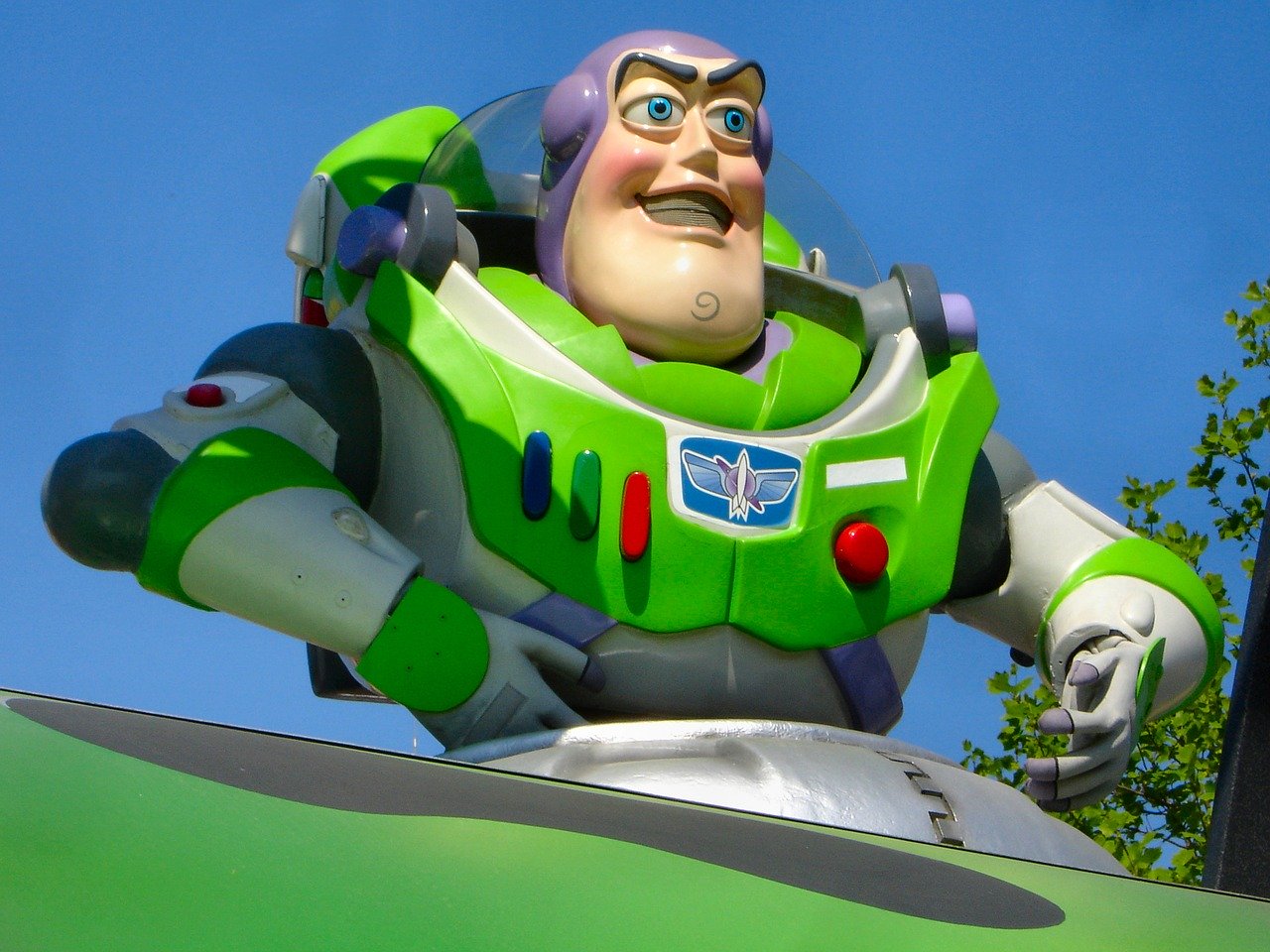 It’s time to list the so often phenomenal production company Pixar films. Although the list holds a bottom scrap and a couple of mediocre movies, their shiny movie treasure is dazzling. Here we go, Pixar’s best movies – from worst to best!

In a world where humans and dinosaurs live together, an apatosaurus becomes a good friend with boy Arlo. Together, they set off on an adventure.

People together with dinosaurs are a fun idea that should have been managed more carefully. The script used had probably worked better for one of the company’s many short films.

13 years after Finding Nemo came Finding Doris who follows the blue, but forgetful, fish’s search for their missing parents. To help her, she has the two clownfishes, Nemo and Marvin.
While Finding Nemo gave us pure and cut film magic, Find Doris feels like a tired sequel with a repetitive story. And the land-based scenes are too much this time.

In “Cars 3”, Lightning McQueen and his faithful entourage return for a new adventure, where they meet resistance in new high-tech racing cars led by the shooting star and fullback Jackson Storm.
After a tiring and strenuous first half, something happens and Cars 3 suddenly gets pretty good. A big raise from the wreck with the second movie.

In “Monsters University” we get to see how Mike and Sully were at school before they started working at the factory that scares toddlers.
Monsters Inc. is undoubtedly one of Pixar’s top movies, so we can’t help feeling a little anxious about their prequel Monsters University. It rolls steadily and in its best moments it is even really fun – but the story leaves more to be desired.

When chaos erupts in her kingdom, Princess Merida must rely on her courage and skills with the bow to fix it all.
Brave was Pixar’s first original film to roll down from the higher ratings.

The superhero family’s adventure continues when a new threat hits Earth. All in all, there are no surprises on offer in Superheroes 2. We have seen this formula over and over again, we can immediately imagine who the “real” villain is and we know how everything will end well before we finish. It is a a format that is accepted. Because, after all, it is so insanely well done.

“Onward” is a movie about magic made with Pixar magic. One of the best Pixar movies.
With the help of mythic magic, the two brothers Ian and Balder want to revive their departed father for a day. To find this magical power, they set off on a great journey, full of surprises.
Onward takes a while to kick off. Once it does, the movie is a bit fun and as a whole a perfect family movie to watch together. Here is something for everyone, adults and little ones. This is the formula for the success of Pixar productions.

The aspiring musician Miguel enters the realm of the dead to find his old grandfather, a legendary singer.
Coco is a tribute to Mexican culture, music and, above all, the Mexican family. A hot and exciting movie about how important the family is and to follow your dreams.

When Woody’s owner’s family goes on a motorhome vacation, the new and depressed toy holds Forky. Woody sets out to fetch him and on the way, he meets both new and old acquaintances.
In our era of franchise films and sequels, it is upsetting to see that the fourth film in a series does not necessarily have to be unimaginative idle machinery. Instead, Toy Story 4 stands well in class with the best Pixar has done.

The cocky racing car Lightning McQueen is placed outside the limelight and ends up in the desert town of Radiator Springs, where, in addition to getting back to the big stage, he learns the importance of having friends and family.
This is where Lightning McQueen’s first racing adventure begins, and there is no doubt that this is the best part of the movie trilogy. Although not all humor resonates with both children and adults, it smiles and is Pixar-cut in the way we love best. There are also a few great car sequences.

Eleven years after its predecessor, Toy Story 3 would finally arrive, where we will rejuvenate our loved ones. In the film, Woody and the gang are not placed on the wind as they usually do when Andy goes to school camp. Instead, they end up wrong, in a kindergarten – where dangers in the form of ruthlessly playful children lurk around every corner.
Toy Story 3 is a successful movie, which strives to be exciting, fun and sentimental at the same time as the characters face new challenges. In a certain scene towards the end of the film, it is difficult to hold back tears.

In Pixar’s very first sequel, Toy Story 2, Woody is put in great danger when a toy collector steals him. It is now up to best friend Buzz Lightyear and the other toys to save Woody.
Toy Story 2 is also a brilliant sequel and snap sharper than the third movie. Holds all the way and offers a few memorable scenes that have remained in a since childhood. Above all, the settlement at the end is a toy action at its best!

In a dystopian future, the small cleaning robot Wall-E will play a major role in changing the dark destiny of humanity.
Like so many other Pixar films, Wall-E felt like a great advance in animation. The story is also the hit that goes beyond being a finely tuned space adventure, says something about the lazy person and the consequences of environmental degradation.

Since he survived his deceased wife, the 78-year-old has been sitting at home and pondering bitterly – until a scout boy revives him. Together they embark on a voyage of discovery, traveling with Carl’s house that can fly using thousands of hot air balloons.
The film opens with a startling montage that guides us through Carl and his wife’s love journey. Having already hooked us in the opening, our interest follows on board the uplifting journey that follows.

In a world where ants must constantly feed the grasshoppers, the ejected ant Flik happens to destroy their rationing. To restore the balance, and get the grasshoppers to stop making demands, he gathers reinforcement in the form of a bunch of insects – working on a touring circus. An entertaining spin on Akira Kurosawa’s masterpiece The 7 Samurai.
The often underrated Pixar movie A Bug’s Life gets far too little praise. This is perhaps the funniest Pixar movie of them all. Together with Finding Nemo, it is by far the most frightening. The four are as strong as they can be.

The Parr family, who all have superpowers, try to live a quiet and normal life in their residential area. But soon they are forced to throw on their costumes and express their true selves in order to save our planet.
A revolutionary action movie, which is still very interesting today. But it is not only the environments and animation that are striking, but there is also plenty of room for sentimentality and sadness. Pixar is very good at capturing how people or creatures that people rarely think about emotionally rotting in the periphery. But also how they lift when they get the chance to shine.

“Inside Out” “Inside Out” – One of Pixar’s best movies.
In Pixar’s “Inside out”, the basic feelings are joy, sadness, fear, disgust, and anger at the center. These feelings live like little colorful characters inside the head of eleven-year-old girl Riley. Through Riley’s eyes, behind a control desk, the emotions interpret daily what is happening in her life and try to control her reactions accordingly.
With Inside out, Pixar has created a brilliant and innovative family film. Time is long past when animation was considered equal to children’s movies and Pixar continues to make films for all ages.

Cowboy toy Woody feels jealous and threatened by his owner Andy’s new toy, the cool space hunter Buzz Lightyear, and does everything in his power to remain number one.
The first Toy Story is also Pixar’s debut film. This complete breakthrough showed the audience new possibilities with animation. Then the story itself is gold, as is Randy Newman’s Oscar-nominated song. A must-see.

“Ratatouille” – The art of making a family movie about food.
In Pixar’s third-best film, we follow a rat that has a unique sense of food and scents. When acquainted with a guy who works at a Michelin restaurant in France, not only begins a friendship, but also a strong duo in the kitchen who decide to impress a notorious food critic.
For Ratatouille the action sequences can be thrown into the wall. This is an animated family movie whose resolution consists of a reviewer’s reaction to the food he gets served. How incredible isn’t it? Of course, it is not only the innovative arrangement that makes Ratatouille a delightful experience; the master chefs at Pixar have cooked up a heartwarming story where the unexpected friendship between rat and man has given them a creative playroom they used best.

Monster colleagues Mike and Sully work at the city’s power plant. In order to power, they must go to the human world and collect energy-filled children’s wars. But it’s important to watch out … the children are poisonous to them. When one day they let a little girl into their world, the panic breaks out – and in the same vein, Mike and Sully begin to understand that things are not quite as they should be at Monsters Inc.
As with the best of Pixar’s products, the layout is also inventive here. An emotional roller coaster with fantastic characters and a script that has thought-provoking points. Many times better than Monster’s University.

When the clownfish Marvin’s son Nemo is captured by a bunch of divers and moved to Sidney in Australia, he sets off on an impossible journey to get him back. At his side, he has the forgotten fish Doris, who is also his compass.
There are only a handful of films that for a while become your entire life, and when Find Nemo came it was just that. At least for us nineties. The fascinating and exciting, but also unpleasant portrayal of the sea was extremely moving for us who had never really discovered the great blue. Bewildering.
Of all Pixar’s films, Finding Nemo is the one with the greatest impetus through Marvin’s desperate desire to find his missing son. Never before has so much been felt in an animated film – and it only touches two small fish in an endless sea. That it is also terribly funny just makes things better.