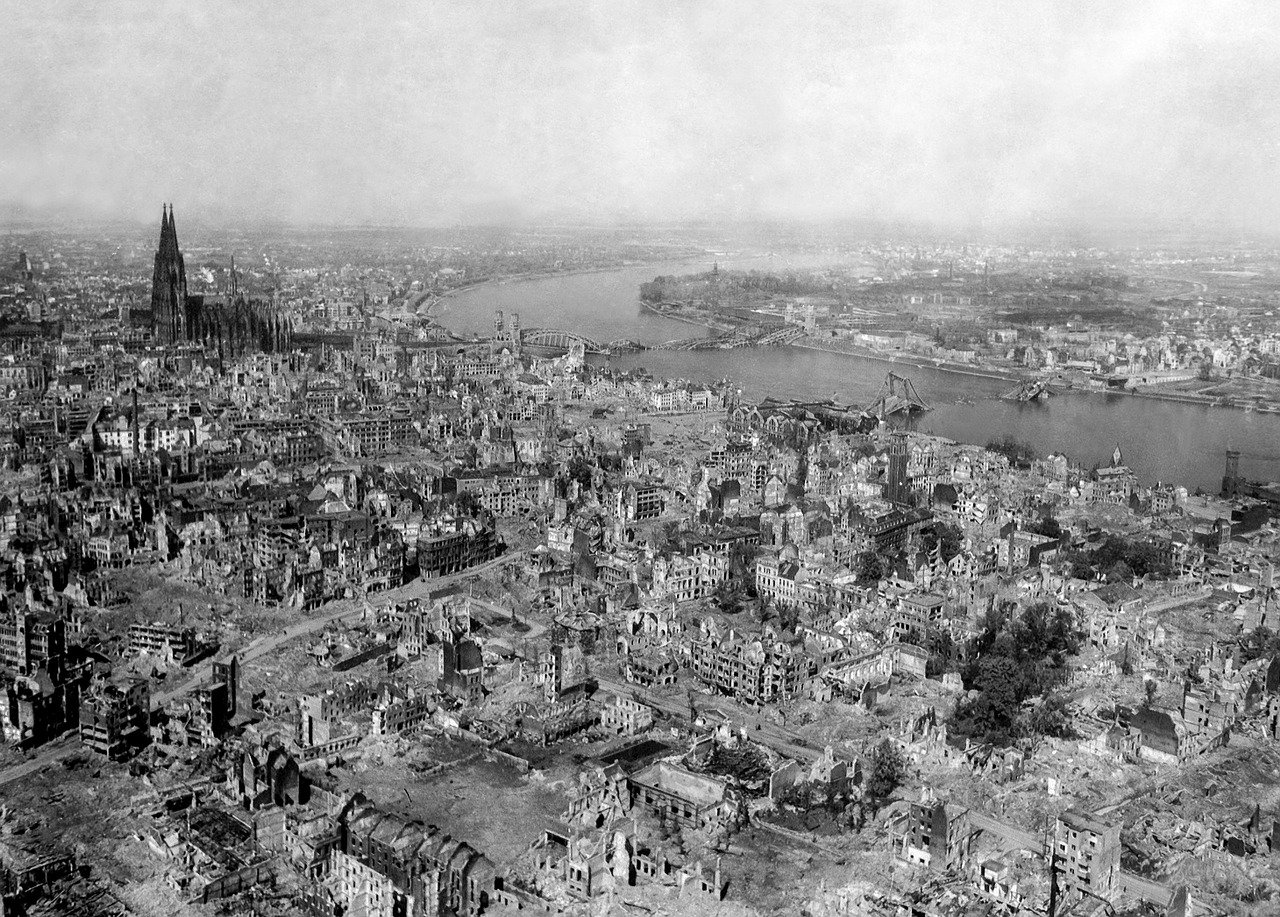 If you hear movies and World War II in the same sense, it is probably exclusively war movies and the drama of the Holocaust that you will think about. And movies like these will be on the list but it also covers other genres such as thriller, melodrama, comedy … and musical. In this post, we list 16 of the best movies about the second world war. Some of the movies were made shortly after World War 2, others were made long after but have tried to make them so that it appears as if they were filmed during this time.

The classic “Das Boot” is about the German submarine fleet in 1942 when the Second World War hit the depths of the Atlantic. They are given the mission to attack a British convoy, however, their submarine is subjected to counter-attack and soon they are in a wrecked submarine which is slowly sinking to the bottom. A very exciting and well-made film that feels naturalistic in its way of portraying U-96 and its crew.

The film has really succeeded in capturing the nasty realism of the Second World War in a remarkably good way. The story, despite its three hours, does not feel annoyingly long, the effects are fantastic (not least the opening scene) and likewise the actors’ efforts.

David Lean’s war drama forces British prisoners of war to build a railway bridge in Japanese-occupied Burma, while a group of Allied commandos is tasked with blowing it up. It is a fantastic film production that won the audience’s hearts and was awarded seven Oscars, including the one for best film.

A time document and piece of film history with both heart and brain. Many of the worst moments feel almost documentary, and the black and white photo reinforces the realism and feeling that the film was filmed on-site during the war. Ralph Fiennes makes a great performance as Amon Goeth, as well as impresses Liam Neeson and Ben Kingsley. The film was in gold for a long time, but Spielberg was beaten by a certain Tarantino…

This ultimate musical with Julie Andrews as the nun Maria and Christopher Plummer as Captain Trapp is a favorite for several generations. Some song numbers are a bit squishy but it’s hard not to be charmed by the classic songs and the beautiful love story that has a dark foundation. The threat from the Nazis is constantly present in 1930s Austria and is a great contrast to the sugary history and the colossally beautiful environments.

Clint Eastwood and Richard Burton play the lead roles in this exciting classic about seven English soldiers landing in the German Alps to rescue an officer who is imprisoned in Hitler’s inaccessible eagle nest. An incredibly entertaining and unpredictable movie that still holds the mark.

With a genuine feeling, one is skilfully thrown into this time of cruelty and is completely imprisoned when the story of pianist Wladyslaw Szpilman is played. Adrien Brody does the role of his life for which he was justly awarded the Oscars and Roman Polanski (who himself was in the Holocaust) shows that he has mastered all kinds of genres. A low-key and unsentimental drama that hits the stomach hard and stays in the heart.

The film, which is about the battle at Iwo Jima between the US and Japan, is portrayed from the Japanese point of view. The “Flags of Our Fathers” he filmed the same year depicted the same war but through the eyes of the American soldiers. It is a masterful war epic that, like the “Band of Brothers” and “The Pacific” series, manages to show how terrible war is at the same time as it manages to enter only the skins of the soldiers.

“Casablanca” takes place and was made in the middle of the Second World War when it was not at all certain how the war would end. Stylistically beautiful, grand romance with Ingrid Bergman and Humphrey Bogart and exciting about the fight against Nazism.

This is one of Quentin Tarantino’s absolute best films, it has some of the best scenes in film history (like the opening scene and the cinema scene towards the end …) and it’s just as cynical and fun as it should be when dealing with something as awful as war and Nazi.

This is a fantastic movie about Hitler’s last days in the bunker. Bruno Ganz’s portrait of Adolf Hitler touches.

This is the story of a father and his son and the adventure the father tries to convince the son that the concentration camp is. An absolutely incredible film that was awarded several Oscars in 1999, including for best foreign films.

This is a creepy movie about a boy’s life in connection with a concentration camp and another boy’s life in it. The naivety that characterizes the film makes it extra gripping.

This is also an insanely unpleasant movie, in which Sophie is forced into an election no man should be subjected to.

This is a film about German youth who defies the system and continues to listen to American music. Good mix of the easy and the horrible.

This movie takes place at the end of World War II when a nurse is caring for a severely burned patient. The film also contains flashbacks to the war and patient experiences in Northern Africa.