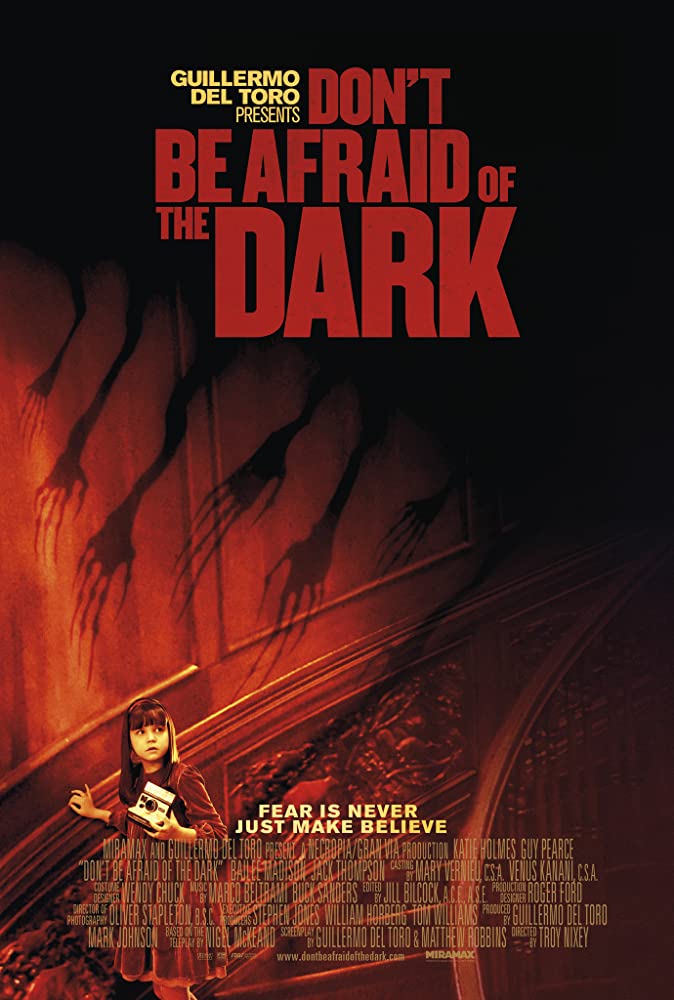 Don’t be afraid of the dark movie review

The Mexican director and screenwriter Guillermo del Toro is one of Mexico’s most successful one. He wrote the script and produced the mainly American-Australian thriller Don’t Be Afraid of the Dark, where Canadian Troy Nixey directed. The film is a new film adaptation of a British TV movie from 1973.

Alex and his partner Kim move into a large mansion in Rhode Island along with Alex’s daughter Sally from a previous marriage. They are brokers and intend to renovate the house to later sell it, but Sally is not very fond of her new stepmother and would rather not live with her dad at all.

The house previously belonged to the mythical artist Emerson Blackwood but has been unused for almost a hundred years since Blackwood mysteriously disappeared under mysterious circumstances. The adventurous Sally soon discovers that the manor has a basement that has been sealed and closed for a long time, and she persuades Alex and Kim to open the basement. But there is a reason why the basement is closed, and soon Sally begins to hear mysterious voices from the basement. The voices say they feel lonely and need a friend, and that Sally just feels the need to open up the screws from the screwed-in ash door. She shouldn’t have done that … 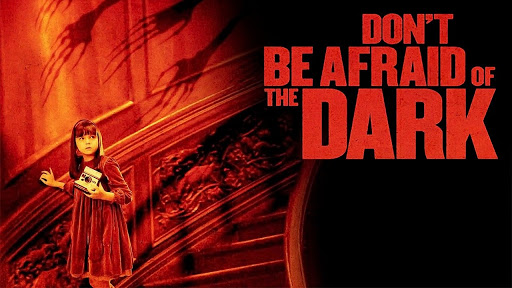 The 2010 version is not really too original, and both the layout and premise are of the old classic kind. Most of the elements are old, but the film as such is still perceived as surprisingly innovative. And Don’t Be Afraid of the Dark is actually a really good movie, entertaining and frightening with simple means. Both Kim and Sally have become relatively multifaceted role characters, who are easy to feel and who therefore care about what happens. Unfortunately, Dad Alex has become more one-dimensional, and also generally gets less space, which some people think is boring. You can still feel him to some extent, but not at all in the same way as with the other two main roles.

The most important thing about a horror movie is, of course, to be scared, and at that point, the movie has really succeeded. This is a very unpleasant and scary movie, which you easily get nightmares of and after a while, you may even have to light a lamp to continue watching the movie. The film has a great mood of discomfort from beginning to end and keeps the viewer in a simple, easy-to-reach brainstorm. It’s uncomfortable, weird and exciting, even though it never gets so scary – in other words, it doesn’t get much more than just uncomfortable, and you never jump. But it is not necessary either, as it becomes so terribly uncomfortable and therefore the film engages all the time.

The movie works best in the beginning before you actually get to see the nasty creatures from the basement and the film instead sticks to a fantastic psychological horror atmosphere. It works just fine, but maybe it would have been boring for an entire movie so it was a necessary evil to show the creatures instead. Then things get a little worse, and the creatures also feel almost like a pure copy of Gremlins. Surely this creative team should have come up with something a little more original than that.  Still, the script is elaborate, and because it is a child who is at the center, it becomes more credible than usual. After all, many parents hardly ever believe their child if they suddenly start saying that nasty little creatures live in the basement … Therefore, the film generally holds together logically, and captivates viewers in a neat way, while the film both touches and arouses discomfort. 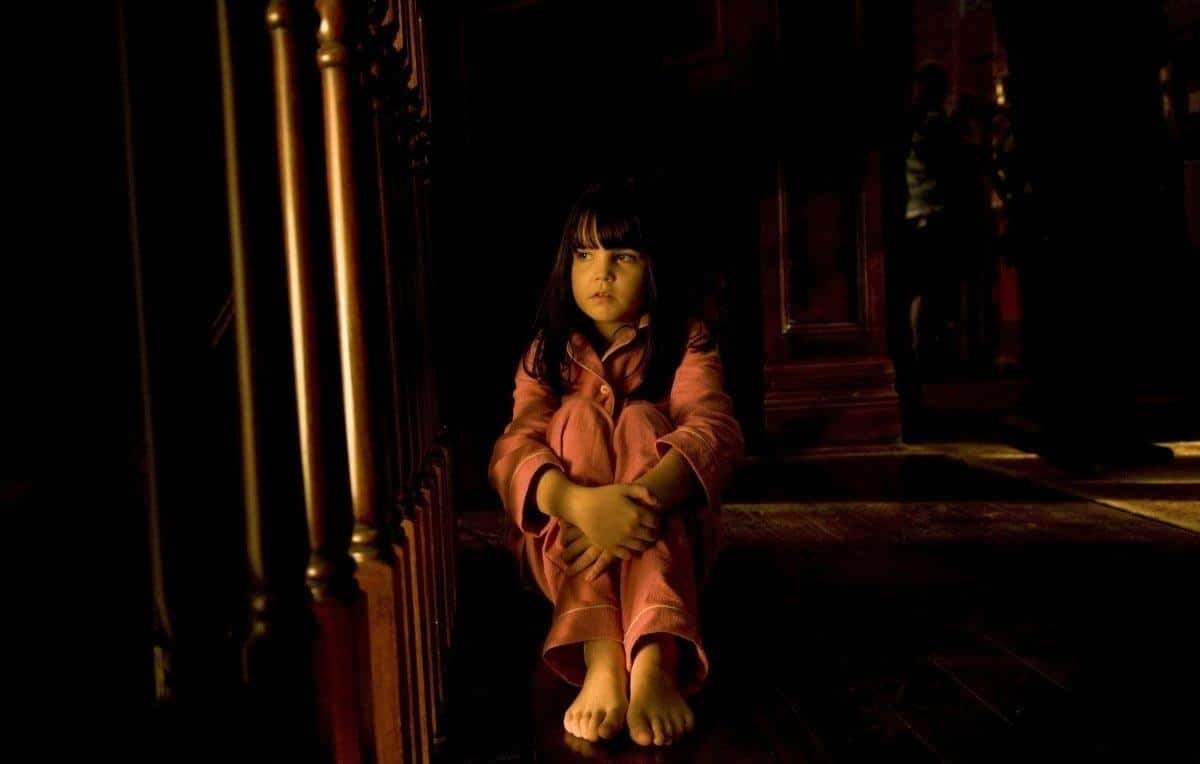 For a very long time, it is a really good and entertaining film, but unfortunately, the screenwriters seem to have had a difficult time rounding the film in an equally good way, and it feels strange to such an experienced person as Guillermo del Toro as a writer. Over the last 20 minutes, some logical gaps are starting to emerge, and in addition, there are quite crucial scenes that nevertheless have no future significance whatsoever. It is not least about a fairly important party scene, which is still soon as blown away without any consequence for the rest of the film and it feels unnecessarily sloppy.

Towards the end, some characters also start to behave illogically, and in the last 10 minutes, the creatures may just be slightly too much. It just doesn’t get as scary when overstated with thousands of wild monsters, and instead, you almost forget the human characters themselves. The ending also leaves a lot of things to be desired, and it’s scary that it seems so hard to end horror movies in a good way without exaggerating in any way.

The pictures are neat with strong imagery, and the film manages to paint a fantastic horror atmosphere with huge attention to detail. The mansion has become so important for action, and almost treated as a character in its own right in a neat way. The cutting and tempo are also good. Actor performances are generally good, and Katie Holmes is, as usual, very good as Kim. She is a very talented actress who seems capable of most roles.

Here she plays convincingly and credibly and impresses with simple means. But best of all is actually the young Bailee Madison, who is incomparable like Sally and plays fantastically credible and strong. There are very few child custodians who manage to impress so much, and Bailee feels completely natural and credible in her play. Among the supporting cast, everyone does well, although no one stands out too much.

Don’t Be Afraid of the Dark is an entertaining, engaging, and incredibly unpleasant movie, where one never jumps in fear, but instead offers an incomparable dislike mood of a rarely seen kind. With the mood and the feeling, one clearly recognizes the style of Guillermo del Toro, even though he did not direct here but “just” wrote the script and produced. Unfortunately, the film gets worse in the last 20 minutes, when everything is overstated a little too much and unnecessarily many logical gaps occur. I am also disappointed that such a skilled filmmaker like Guillermo has failed to put together a better ending. It is still a good and unpleasant movie that is well worth watching.

Watch the Don’t Be Afraid of The Dark Movie