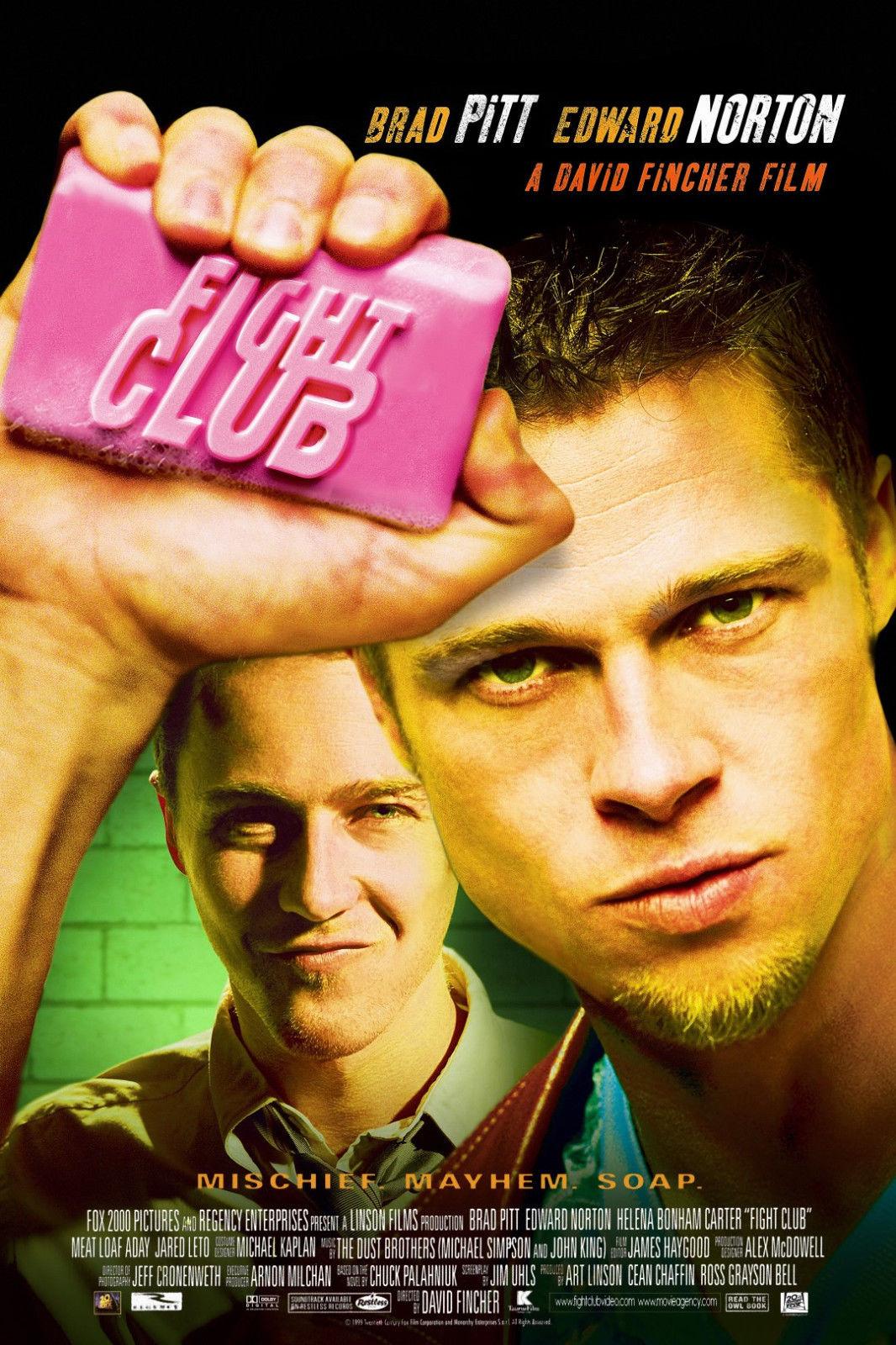 In Fight Club we see Edward Norton and Brad Pitt in one of the best films during the 1999 movie year. The film is a seven-part journey into a twisted mind and a huge kick aimed at consumer society.

Those who have read Jack Kerouac’s book On The Road will recognize themselves, but the Fight Club theme is at the forefront. The story revolves around a man who has everything he could wish for, a well-paid job, a nicely decorated apartment? and a favorable appearance.

But something is missing and to find it? it requires him to resort to extreme, and violent, methods. The quirky filmmaker David Fincher is in charge and the film is based on Chuck Palahniuk’s book with the same name. Fincher is among other things behind films like Alien 3, Seven and The Game, which you can think of as you like. Certainly, they all have a highly distinctive, visual style.

Many of the scenes in Fight Club have nailed to the retina, for example, the opening clip with the breathtaking digitally created camera ride from Norton’s character’s heart arteries out to a feverish image where the same actress is sitting with a loaded gun in her mouth. The role of Tyler Durden fits Brad Pitt perfectly. Here he is allowed to play out his entire register of steaming violence while demonstrating his sense of tight dialogue. The rest of the cast is brilliant too. Edward Norton once again proves her greatness as a multi-faceted actress and Helena Bonham Carter makes a role far from the wretched socialite lady she is usually allowed to portray.

Fight Club is extremely violent, its entire foundation rests on violence and people’s relationship to it. But what is shown is not as important as the film’s disturbing sub-opinions. The recurring fights are only a facade of what’s going on beneath the surface and it doesn’t take long to penetrate the film’s message. References to fascism (Hitler?) Stand like rods on the slopes, a theme that is taken up with such force that no one is left untouched.

The dialogue is usually ingeniously constructed and the sharp casts of action and visual technology provide an innovative cinematic experience. Visually, the film is a height, with strong images and breathtaking camera games. The cool soundscape is constantly present and grabs your attention. Fight Club surprises, provokes and impresses from box one until the subtitles have rolled.

A masterful movie and an equally excellent release. Acting, photography and directing are top-notch. Add to that a good picture, a very nice sound, and an extra-cool extra section so you have a movie that satisfies even the pickiest of collectors. Buy!