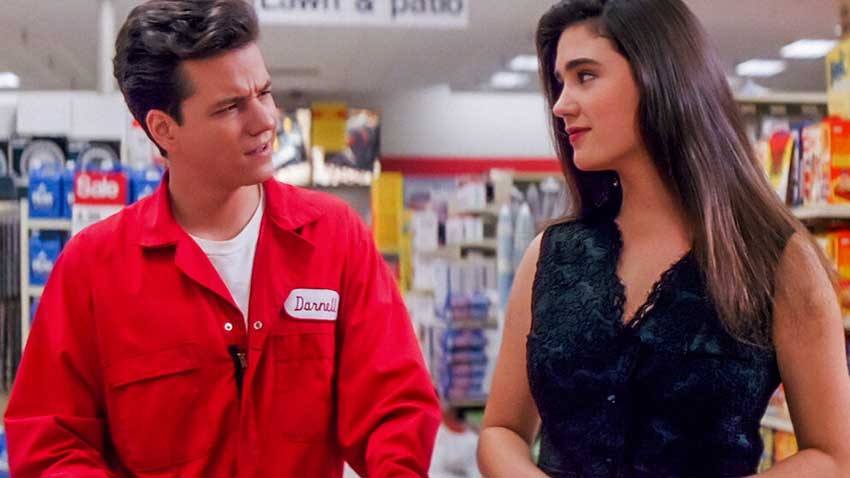 The new job is a useful plot device, it throws characters into unusual situations and we get to see how they react.

In the movies, as in life, a new job is often a catalyst for change.

Sometimes getting a job is the start of a character’s personal growth journey, sometimes it’s the beginning of the road to ruin.

Let’s take a look at some of the most watchable movies where one of the main characters gets a new job.

‘The Secret of My Success’ directed by Herbert Ross

Bradley Foster (Michael J. Fox) goes to New York to make it on his own.

His Uncle Howard gives him a job working in the mailroom.

Steven Spielberg’s early Hollywood experiences inspired the making of this film. As a youngster, Spielberg snuck onto Universal Studios’ lot and used a vacant office as his production office.

‘The Wolf of Wall Street’ directed by Martin Scorsese

This is a movie based on the true story of Jordan Belfort who gets a new job as a stockbroker.

As well as documenting his rise in wealth and living a high life, the film also documents his downfall involving his involvement with crime, corruption, and the federal government.

By all means, begin your job search, but remember, money changes people, and sometimes it’s for the worst.

As a result of inhaling crushed B vitamins so much for scenes involving cocaine, Jonah Hill developed bronchitis and was hospitalized.

‘Get A Job’ directed by Dylan Kidd

Job seekers galore! This movie is a comedy about a group of friends who recently graduated and are trying to find employment.

Truth be told this film is a bit of a duffer, but it is almost entirely about getting a job, all the characters are searching for the right job for them, and it’s even titled ‘Get A Job’.

Anna Kendrick played a 22-year-old girl in the movie even though she was 27 at the time when the movie was filmed.

The next morning Josh has suddenly changed from a youngster to an adult played by Tom Hanks.

Josh is soon promoted to Vice President of Product Development, where he gets paid to test toys.

If you think a child-like enthusiasm might help you get ahead in your career then watch Big! It’s a classic!

The director Penny Marshall filmed all adult scenes with David Moscow (young Josh) to give Hanks an idea of what a 13-year-old would do. Tom Hanks (big Josh) then mimicked Moscow’s behavior.

Jim Dodge (Frank Whaley) gets a job a the local Target as an overnight janitor.

‘The Pursuit of Happyness’ directed by Gabriele Muccino

The story of Chris Gardner (Will Smith), a stockbroker who gets an unpaid internship and competes for a paid position.

The key message of this movie is that hard work pays off. So if you need some job search motivation then this is the film for you.

The was the first film role for Jaden Smith, thankfully his father was around to show him the ropes!

‘9 to 5’ directed by Colin Higgins

In the aftermath of her divorce, Judy Bernly is forced to find work at a company called Consolidated after her husband cheated on her with his secretary.

This movie is a story of gender bias in the workplace, getting a job sometimes means facing up to inequality.

It’s worth watching just because the film’s theme song, “9 to 5”, written and recorded by Parton, became one of her biggest hits of the decade.

Tumble out of bed and pour yourself a cup of ambition, then go get yourself a job, but watch this movie before you do it!

Almost all of Dolly Parton’s wardrobe from the film is on display at her museum at Dollywood.

The lessons here are that you might need to take a job in an area you don’t like and your relationships with your co-workers can help you get ahead.

A new job might change you and lead to conflict with your old friends and relationships.

Whatever job you end up in, try to make the most of it.

The movie costumes were sold at an auction to raise money for breast cancer research. Hathaway bought the green dress her character wears in the movie. Meryl Streep kept her sunglasses, which she wore as Donna in 2008’s Mamma Mia! during the famous “Money Money Money” scene.

Why get a job when you can be the boss.

The Social Network is a biographical film about the birth of Facebook.

Originally, Mark Zuckerberg was not going to see this movie, but he decided to take some of his employees to see it. The actor later commented that, despite some inaccuracies in the film, they at least got his clothes right!

Driss gets a new job as a live-in caregiver on a trial basis.

Often it’s through work that we meet new people and sometimes they become friends.

That’s what happens here, the Intouchables is feel good buddy movie that wouldn’t have come about without Driss taking on that new job.

Wheelchair users from all over the world have sent Éric Toledano over 3,000 thank-you messages.

‘The Fundamentals of Caring’ directed by Rob Burnett

Paul Rudd plays a caregiver who rebuilds his life after taking on new work.

Timothee Chalamet tried out for the lead role but didn’t get the part.

A new role at work isn’t always a positive thing.

In Wall Street a young stock broker is lured into an illegal world of insider trading.

This was the movie where the cordless mobile cellular telephone was seen for the first time on screen.

‘The Intern’ directed by Nancy Meyers

The film is one of Quentin Tarantino’s favorites from the year 2015.

When a friend creates a fake profile for street smart Maya (Jennifer Lopez) she lands a job at a corporate firm.

Julia Roberts was originally supposed to play the role played by Jennifer Lopez.

Reese Witherspoon as Elle Woods ends up getting a job as an attorney.

‘View from the Top’ directed by Bruno Barreto

Donna Jensen (Gwyneth Paltrow) doesn’t let anything get in the way of her destiny.

That’s why she lives the dream of becoming a flight attendant.

‘A Star Is Born’ directed by Bradley Cooper

Ally Maine (Lady Gaga) is discovered by Jackson “Jack” Maine (Bradley Cooper) and creates a job for herself a job as a superstar singer.

During the film’s rehearsals, Bradley Cooper found singing well to be much harder than he expected.

Will Hunting (Matt Damon) has a job as a janitor, but he is capable of so much more.

Dr. Sean Maguire (Robin Williams) helps Will to work through his demons so he can finally fulfil a role that befits his talents.

Did you know that Matt Damon and Ben Affleck wrote the screenplay for Good Will Hunting? The created careers for themselves by writing these parts and playing them superbly.

It stars Jake Gyllenhaal as Louis “Lou” Bloom, a stringer who records violent events late at night in Los Angeles and sells the footage to a local television news station.

Jake Gyllenhaal memorized the entire script from start to finish in preparation for this movie.

‘The Internship’ directed by Shawn Levy

Billy (Vince Vaughn) and Nick (Owen Wilson), two salesmen, find themselves unemployed in the digital world. After landing an internship at Google, they compete against some tech-savvy geniuses to prove their abilities.

One hundred actual Google employees were used as extras in the film.

There are big plans in the works for James Brennan (Eisenberg) to tour Europe and pursue a career in journalism by attending graduate school.

But he can’t travel abroad since he has money problems.

In the movie, he finds work at Adventureland, a run-down amusement park based loosely on Farmingdale, New York’s “Adventureland” theme park.

Emily Lewin (Kristen Stewart) is a coworker with whom he strikes up a friendly rapport right away.

Due to the film’s shooting during the winter months, crews were hired to remove and hide snowfall and snow accumulation during production.

‘The Way Way Back’ directed by Nat Faxon and Jim Rash

The film is about an awkward teen named Duncan (Liam James) who gets a job at a water park so he can avoid his mother’s boyfriend.

Duncan is taking care of the slides and pools of the deteriorating park, where he meets wisecracking park manager Owen (Sam Rockwell) at a time when he needs a father figure.

The main inspiration for the opening scene came from a conversation author/director Jim Rash had with his own stepfather when he was 14 years old.

Widely regarded as one of the greatest films every made.

Young Henry Hill begins working with the mafia and works his way up through the ranks of the organization.

It’s not the type of job your mom would approve of but Goodfellas is a career movie all the same.

A few real mobsters are said to have been hired as extras for authenticity.

That’s the end of our watchlist of movies about getting a job.

I hope you’ll agree we put together a good list that had a few more names than the usual suspects.

If the movies are anything to go by getting a new job will be the beginning of a new chapter in your life.

You’ll either find love and it will be hilarious…

Or you’ll be sowing the seeds of greed, lust, and excess that will ultimately lead to your untimely death or incarceration.