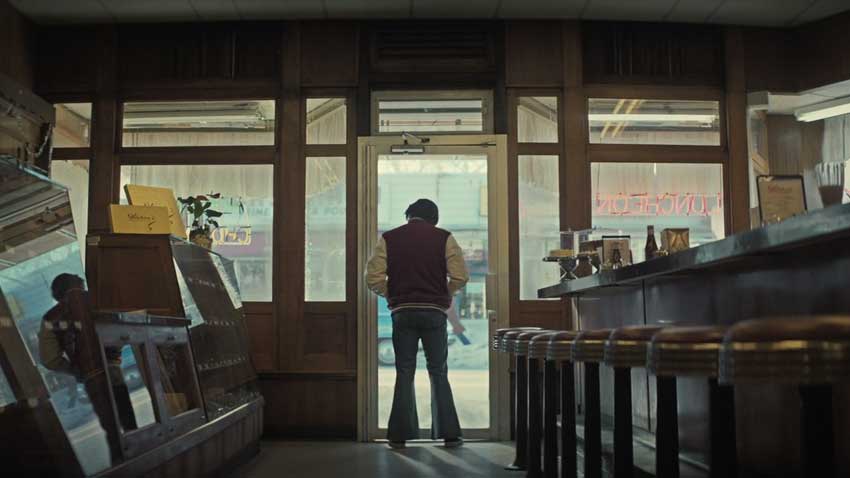 This article explains the ending of The Many Saints Of Newark. If you haven’t seen the movie be warned, there are major spoilers ahead.

Dickie Moltisanti was killed and it wasn’t by Harold McBrayer (Leslie Odom Jr.).

It was Junior Soprano (Corey Stoll) that ordered the hit.

Young Tony Soprano (Michael Gandolfini) was set on the road to becoming the Tony Soprano that we all know and love.

In the closing scenes, we are teased about a possible Many Saints 2. A wealthy Harold is seen moving into a new home and receiving an icy reception from his new neighbors.

What Was The Meaning Of Harold and the Black Revolution?

Harold’s character allows us to see who Dickie Moltisanto was, but the story of Harold and the Black Revolution was pretty much just a subplot.

We might see the end of that story if there is a sequel.

In the original series, Tony told Christopher Moltisanti that his dad was killed by a New Jersey detective called Barry Haydu.

Here’s the scene from the original series:

We now know that wasn’t true, Junior Soprano was behind the killing of Dickie Moltisanti.

Why did Junior kill Dickie?

For some viewers, Junior killing Dickie seemed to come out of nowhere.

Well… twists can be like that sometimes, but there are many clues about why Junior killed Dickie. In almost every scene Junior is in he is undermined by Dickie in some way.

Junior lives his life in the shadow of Dickie. Everybody loves Dickie, he’s the favorite Uncle.

He’s the man Junior wants to be but can’t.

Throughout the course of the movie, we see Junior’s hatred for Dickie festering and growing over the years.

Here are the key moments.

This first clue is from Janice Soprano’s confirmation.

When Dickie tells a smiling Livia Soprano (Vera Farmiga) that she is “looking like a million dollars” Junior tries to join in.

“And not Mexican dollars either!”

Livia cruelly puts down Junior “What are you talking about!”

Her smile for Dickie turns to a look of disgust for Junior. He is humiliated and gets up and leaves.

Compliments are welcomed from Dickie aka “Mr Handsome” but Livia doesn’t want Junior’s flattery. Quite the opposite, she is appalled by it.

Junior is jealous of Dickie and he may have feelings for Livia.

At the funeral of Dickies father Hollywood Dick (Ray Liotta) Dickie tells Junior Soprano that “I got nobody”.

Junior doesn’t know that Dickie killed his father and it’s all an act.

Junior reaches out to Dickie.

“Dickie. Consider me your brother from now on”.

But Dickie doesn’t treat Junior like a brother. More about that in a minute.

When young Tony gets kicked out of school Junior offers to go talk to him.

Livia says that “the way you talk you just confuse him. He only listens to Dickie”.

And Dickie goes upstairs to have the chat with Tony, becoming his father figure, and stealing the role from Uncle Junior.

Junior says she has a migraine.

Dickie is skeptical “Again with the migraine”.

Paulie is also heckling the comedian on stage, and he’s putting Junior down too, suggesting his girlfriend is unfaithful and only with Junior for the money.

He may be cutting too close to the truth. Junior tries to change the subject.

“I wonder what the origin of the sobriquet gravy train is?”

But Dickie won’t let it slide.

“I don’t know about you Junior, a guy tells you your girlfriend is banging someone else you’re worried about the origin of the gravy train.”

“Oh smile, my brother” teases Dickie sarcastically showing how much he thinks of Junior’s offer of brotherhood.

Junior bottles up his feelings, forces a smile, and lowers his head in a sign of submission.

The whole table has a laugh at Junior’s expense.

Paulie disrespected Junior in front of everyone and Dickie allowed it to happen and joined in.

Junior isn’t getting the respect he feels he deserves.

When Johnny Boy gets out of prison Junior gets the blame because a black family moved into the old neighborhood.

“How did you let this happen!”

“Look at Dickie Moltisanti, his father gets whacked and he steps up, takes care of his family, takes care of all the business, not a peep out of him. He’s younger than you.”

Junior resents it. Later that day when Dickie proudly shows off his son Christopher Junior says “I hear he’s slow with the talking”.

At the funeral for Buddha (Joey Diaz) Junior is again trying to bond with Tony.

“You and me’ll cut out, go play catch”

But Tony rejects him, “it’s raining”.

When Tony wants to get help for his mother it’s Dickie he turns to not Junior. He asks Dickie to get the medicine he thinks will help his mother.

The message is… Tony is still a good kid. He’s trying to help his mom.

Junior is still trying to bond with Tony…

Coming down the stairs shouts to Tony “The pros play in the rain!”

But then Junior slips hurting himself badly.

And Dickie just laughs in his face.

Junior Is Emasculated And Impotent

Later when Junior fails to have sex with his girlfriend it’s Dickie that gets the blame.

Junior is impotent in every way, as a lover, as a leader, as a member of the family.

And he blames Dickie for that. That’s why he orders the hit.

His girlfriend sees it differently, “any excuse not to fuck”.

By Junior’s bed is a statue of St. Rocco, the patron saint of invalids.

Junior’s erectile dysfunction is hinted at in The Sopranos. One of the reasons Junior tried to whack Tony Soprano was because he was ashamed people knew he eats pussy.

Here’s a recap of that story.

What Influence Did Dickie Have On Young Tony Soprano?

In the original series, Dickie was a legend, he was a personal hero to Tony.

We learn in this movie that, as much of a scumbag as Dickie was, he was Tony’s only hope.

Dickie tries to avoid Tony because he’s a bad influence on him.

But Silvio puts it plainly and spells it out for us viewers.

“Dick. The kid. I don’t know what happened between you two.”

“But he worships you.”

“He’s got so much potential.”

“Anthony, with that loony tune of a mother.”

“Johnny, who’s in line for a personality transplant.”

“Anthony, he could end up somewhere. Beyond this thing of ours even.”

That’s the line that convinces Dickie to meet with Tony.

Before Dickie gets whacked he’s going to try to help Tony. He wants a better life for him.

When he relents and does the right thing, agreeing to meet Tony, he receives a gift from Silvio.

And only Dickie could help. Tony’s father was useless and his mother twisted.

Dickie believed in Tony and thought he could do something different.

He wants to keep Tony out of “this thing of ours”. He didn’t want Tony to go into the family business.

Dickie was a nasty character that tries to redeem himself by doing good deeds. Tony Soprano could have been one of those good deeds.

But when Dickie is killed by Junior Tony’s last chance of avoiding the life of a mobster is extinguished.

Bad Karma Catches Up With You

It’s a circle. Dickie could save Tony, but Dickie is also the downfall of Tony.

Dickie undermines Junior until he snaps. So Dickie’s treatment of Junior and Junior’s reaction leads to Tony entering the life of crime.

You can’t just play the good guy selectively. Bad karma catches up with you. A few good deeds don’t redeem you for other monstrous crimes.

That was one of the themes of The Sopranos, that your bad deeds catch up with you.

Tony said that “eighty percent of the time it ends up in the can like Johnny Sack. Or on the embalming table at Cozzarelli’s”.

Which prompts Bobby Bacala to famously say “You probably don’t even hear it when it happens, right?”

We don’t know if Dickie hears the shot that killed him, but he certainly never saw it coming. He was just taken out. Fade to black.

That’s why we cut from Dickies death, briefly to Junior to explain he was behind it, and then to Tony at Holsten’s bar.

We go from this scene:

And then to Holsten’s where Tony is waiting.

Remember this is exact same place where the Sopranos TV series ended.

This is most likely the place where old Tony died.

It’s also where the innocence of young Tony Soprano died.

His hero Dickie failed to show up because he had been whacked It’s where Tony’s last chance to get out of the mafia life died.

But this time it’s not to be good, it’s to be bad! Tony promises he’s going to be just like Dickie!

The Many Saints Of Newark wasn’t the Tony Soprano origin story many people wanted.

It was a lot more subtle.

We are taught about how Tony became Tony through the lens of his hero Dickie.

Dickie was Tony’s surrogate father, but Dickies early demise led to him becoming a myth. Dickie didn’t get the chance to try to steer Tony away from the mob life.

If Junior’s insecurities hadn’t made him whack Dickie there was a slim chance that he might have helped Tony to reject the mob life.

If you pay attention to detail the Tony origin story is all in there!