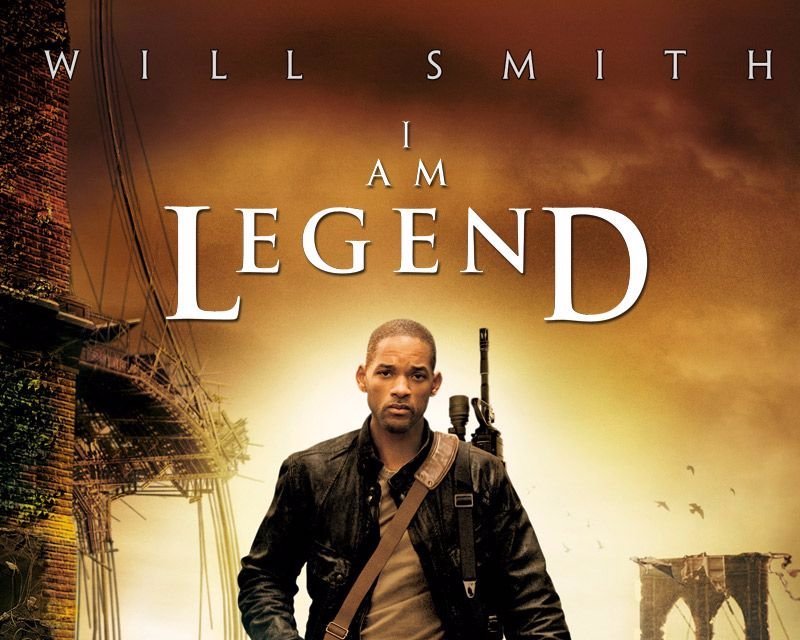 Is it possible to make a bad list of movies when it comes to Will Smith? Movie stars are something that have always existed, ever since the beginning of film art. The first-ever is probably Charlie Chaplin with his timeless silent films. In the 1930s, we saw men like Clark Gable and Cary Grant fill the movie theaters.

There have been many star names on Hollywood movie posters. Al Pacino, John Wayne, Meryl Streep, Marlon Brando and Tom Hanks, to name a few.

During the late ’90s and early ’00s, there was only one name that applied when you heard the word movie star. The King of Action Comedy, Will Smith. Few actors have managed to make as big and popular movies as he, and in this article, we will share some of the best movies from Will Smith.

It became very popular in the 80s and 90s to have a lead role duo in action comedies. A “Buddy Cop” duo. These should preferably have a tired, older mentor figure and a younger, aspiring and energetic counterpart. Mel Gibson and Danny Glover succeed in “Deadly Weapon”, and Will Smith and Tommy Lee Jones succeed in “Men in Black”. “A secret organization protects the world from aliens” may sound like a recipe for disaster, but with such humor, smart action and the cruel chemistry between the lead roles, this is a belligerent action-comedy that still holds today.

Will Smith often stands out in films thanks to his radiance compared to his colleagues, but here we get to see him alone for most of the film. Or yes, he and his dog Sam, of course. A dystopian future movie with zombies exploring what it means to be human, and how much stress you actually can manage. A very underrated underrated gem.

3. The Pursuit of Happyness

Jaden Smith is now more known for his music than for his acting talents. But in 2006 he was in one of the best dramas of all time. Will Smith plays a poor dad who does everything to get money so he and his son, played by his real son Jaden Smith, can get food for the day. And when they can no longer afford to pay the rent and are kicked out on the street, it’s hard to see their fight to make it. A scene where they are forced to spend the night in a public toilet causes the cry to sit in their throats every time. Will Smith was a well-deserved Oscar nominee here for the second time, and once again proved that he is one of the best actors in the world.

The year is 2035. Robots are programmed to live in perfect harmony with humans. they wash our clothes, control our aircraft and look after our children. There is complete confidence and the robots are governed by three laws that prevent them from harming humans. When a US Robotics scientist is murdered, Detective Del Spooner is called in to sort out the case.

Together with the psychologist dr. Susan Calvin is approaching the horrific truth. The evidence indicates that a robot is involved in the murder. As time becomes scarce, they are forced into an exciting battle for their own lives and the very existence of humanity. The acclaimed visual Alex Proyas directs the film which is inspired by science-fiction writer Isaac Asimov’s book.

Will Smith and Martin Lawrence are a duo to fight the criminals in this striking movie. Over $ 100 million of heroin has disappeared from the police theft department. For Crime detectives Mike Lowrey and Marcus Burnett, it was the biggest cut of his career, but now because of the missing substances, the entire Miami drug department is being threatened to shut down. When a close friend of Mike is murdered and the witness to the murder is threatened with life, the case suddenly becomes personal. Fast cars and non-stop action make the Bad Boys a guaranteed entertainment throughout the entire movie!

In the early 2000s, we got many romantic comedies, but few were as charming as “Hitch”. Smith plays a “love doctor” who helps men find their confidence and get their dream girl. Here Smith really does turn up the charm meter to the max, and you wish he returned more often to the genre. With a surprisingly calm and entertaining Kevin James and an elusive Eva Mendes, “Hitch” becomes one where comedy gets a little warm in the stomach and often returns to several times when you feel like you need to be peppy.

It is never easy to portray a real person, especially when that person happens to be one of the most famous athletes of all time. But Smith manages to show the complexity that boiled beneath the surface of Mohammed Ali during his heyday. After becoming known as the charismatic action star, it was this film that really showed that he was an actor to be expected. As a reward, he also received an Oscar nomination for his efforts. A surprisingly underrated boxing movie that is rarely mentioned when talking about sports movies.

Nothing screams entertainment like a disaster movie with aliens attacking the earth. With delightful ’90s cheesiness and a seasoned Jeff Goldblum paired with a young and hungry Will Smith, an iconic film was created that never seems to stop being referenced. You can talk about the scene where Smith knocks an alien unconscious, or when Randy Quaid sacrifices himself to humanity, or why not Bill Pullman’s legendary presidential speech.