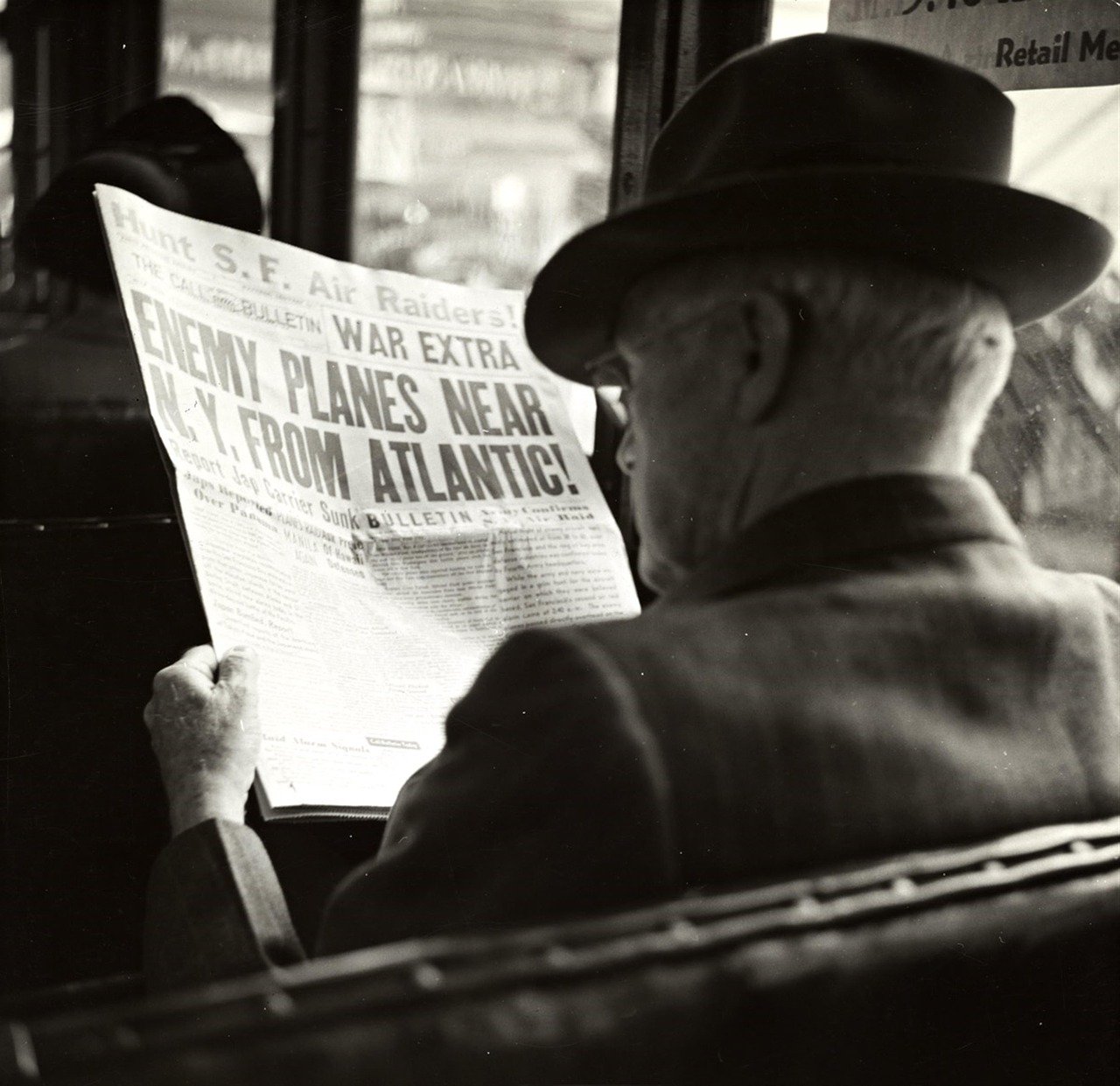 The 1930s offered some great movies which have now become iconic classics. In this post, we list the best 19 movies from the 1930s. Some are iconic classics you may have heard of, and others are less well-known.

In fantasy land Freedonia, the cranky Rufus T. Firefly is elected president and immediately causes trouble when he declares war on neighboring Sylvania, solely because of a wealthy woman. The Marx brothers’ big breakthrough and perhaps the best movie. Humor has never been more screwed and together the brothers complement each other well.

A film production travels to a tropical island to film in nature. Their recording, however, may not last long because they soon discover that the island is ruled by none other than the giant gorilla Kong, who quickly takes a liking to the lead actress in the film.

This is an immortal classic that started a monster genre, still active today. King Kong was not only technically groundbreaking with its effects but also asked very provocative questions about humanity’s greed and our attitude to nature. A must for all movie lovers.

A spoiled and rich heiress escapes from his home conditions and gets help along the way by a young man. What she doesn’t know, though, is that he’s really a reporter looking for a yummy story.

The real father of the Screwballs branch. Here, social classes clash wildly in the classic Frank Capra spirit. Fun scenes are mixed with hints of boring class divisions and pride.

During the devastating First World War, we get to follow a young aspiring German soldier who is sent to the Western Front. However, war is not as glamorous as it sounds and slowly his mind and psychological well-being are broken down during the fighting. A lavish movie that really touches on and a precursor to many of the war films of movie history. The scenes on the western front are both horrifying and psychologically stressful to witness. War is hell.

The little trumpet falls in love with a poor florist and thinks he must maintain an illusion that he is capable of winning her heart. The light of the city is a charming little story with a big heart. Some of Charlie Chaplin’s funniest sequences can be found here. A given favorite is when the little trunk tries to stop a drunk stranger from killing himself.

The young scientist Henry Frankenstein has become obsessed with the idea of reproducing life. Together with his hunchbacked assistant Fritz, he has plundered graves to sew together a body for the brain he will soon reactivate. On a stormy night, the experiment locks and what has been previously dead is pulsed. The only problem is that the brains they have installed do not really have the features they expected.

Frankenstein is not only visually striking but also emotionally powerful. Boris Karloff’s masterful role interpretation of the “monster” is multi-faceted and gripping. How he chooses to make the monster “human” is a genesis that has left great footprints in film history. A groundbreaking horror film that still has a unique place in popular history.

A circus with malformed individuals, “freaks”, such as side entertainment, gets into trouble when the beautiful woman, whose trapeze number is one of the highlights of the circus, marries a short growth among the “freaks.” The others immediately suspect that she is only looking for his money and problems almost immediately.

A very daring film for its time with a theme that has not been told in the same way since then. Tod Browning had to fight hard for the movie to be made and was forced almost immediately after just a few screenings to cut it for 20 minutes. Nevertheless, the clipped version holds up well and delivers a good message about what it really means to be human, despite physical and psychological differences.

In the iconic gangster role Scarface – Chicago’s latest gangster, we get to follow Tony Camonte’s journey from undercutter to a dreaded mafia boss. The journey is characterized by violence and is bordered by rivalry. It doesn’t get any easier either when Tony opens his eyes to his boss’s girlfriend.

Director Howard Hawks Scarface – Chicago’s latest gangster is a stylish film that influences filmmakers even today. Notice the near-surreal symbolism found a bit here and was in the precise imagery.

We previously made a comparison between Scarface – Chicago’s latest gangster and Brian De Palma’s remake, Scarface, from 1981 starring Al Pacino. Watch out and read about the two fights between the two films.

To help his girlfriend Dorothy breakthrough, wealthy Abner sees to it that the King of Broadway, Julian Marsh, sets up a new musical starring Dorothy. The secret sick Marsh is driving his ensemble harder and more mercilessly. When Dorothy breaks an ankle, one of the driving girls, Peggy, gets the chance to become Broadway’s new star.

42nd Street is as much a fantastic dance film as a criticism of the sexism that characterizes the entertainment industry and society at large. The views, however, seem to fall apart if the film is a criticism or rather an involuntary reflection of how carefree the open and self-evident objectification of the woman was. What is, on the other hand, a big consensus is that this archetype for “backstage musicals” is characterized by cool and innovative dance numbers.

Charlie Chaplin is back as the little trunk and this time he is wrestling with the advancement of industrial society.

Modern times contain several of Chaplin’s perhaps best comic moments such as the automated food machine, the moment when he suddenly becomes the leader of a protest train and when he iconically gets stuck and becomes “one” with the machines. In addition to this, the film also raises questions about where our society is headed and how we should deal with it.

Snow White lives at the castle of his stepmother who is queen. She is forced to clean daily because the queen is jealous of her beautiful appearance and eventually orders a hunter to kill her. Snow White escapes to the forest and ends up in a small cabin among seven dwarfs.

Snow White and the Seven Dwarves are, by several souls, one of the great milestones in film history. It is perhaps the really first cartoon feature film that won ground and at the same time the first color film. Disney was only a small studio before the film’s success and demand for more cartoons increased in avalanche afterward.

Notre Dame’s ringmaster is one of literature’s most fascinating and captivating stories. William Dieterie’s 1939 film still stands as the best cinematography. Charles Laughton makes an unbelievably strong role interpretation as the humpback bell.

Dorothy Gale is swept away by a tornado and ends up in the fantasy land of Oz. Together with a scarecrow, a sheet metal man and a lion, she travels through the country in search of a magician who can help her return home.

A timeless classic that, in addition to humor and a charming adventure, gives us something to think about when it comes to what it means to dare to live and find oneself. The Magician from Oz made Judy Garland a star and secured her name in the history books. Not least thanks to her performance of the song “Over the Rainbow”.

This follows the tragic fate of the residents of Northern England on the Wuthering Heights farm. The young stallion boy Heathcliff falls in love with the Lord’s daughter Cathy, a forbidden love despised by the rest of the family. Built on Emily Brontë’s novel of the same name.

It is difficult to find a more well-told dark story of 19th-century aristocracy and injustice in England. Heathcliff is a metaphor for unfairly treated society and a lesson in what blind love and hatred do to us as human beings. A masterpiece!

Paleontologist Professor David needs only one more leg to complete his large dinosaur skeleton, but at the same time, he must also secure a million-dollar donation to the museum. However, everything goes awry when he suddenly meets the whirring woman Susan and her tame leopard.

One of the screwballs genre’s great masterpieces where Cary Grant really gets to play out her entire comic register. Fathers are mixed with physical humor and quick replicas.

A woman traveling through Europe by train meets an elderly lady who later suddenly disappears. But no one else on the train claims to have seen the older lady or believes in the woman’s story. Suddenly, she is in danger of life.

Alfred Hitchcock’s last British film before the trip to Hollywood is a psychological story mixed with English charm. It takes some unexpected turns and delivers nice surprises before the end.

With King Rikard captured on his way home from the crusade, Prince John seizes power and rules the country with tyranny. It is up to Robin Locksley to take up arms and lead the rebellion against the false monarch.

The silent film fair Douglas Fairbanks as Robin Hood in all glory, but it was Errol Flynn who made the character immortal. Never before has the man who takes from the rich and gives to the poor been cunning and more righteous. A beautifully lavish color film with fantastic supporting roles by, among others, Claude Rains as Prince John and Olivia de Havilland as Lady Marian.

On Plantation Tara, Scarlett O’Hara lives with her family and has until now lived a stable life in uncertainty about the world’s concerns. But all that is about to change as the American Civil War approaches. The desire for war around the southern states is not uniform, but it is certain that no one will change from the devastating war that is approaching.

One of the film history’s most magnificent and epic films ever. The story of Scarlett O’Hara and her beloved country Tara is a poignant tale of courage and stubbornness. Gone with the wind is changing at a fast pace and despite its almost four hours, is a fast and very confident adventure drama.

A bunch of strangers ends up on a stagecoach on their way to New Mexico from Arizona. Onboard is also Ringo the kid, a known lawless. Together, they must work together to avoid the aggressive Indians in the area and come to terms with life.

John Wayne had made western films for several years but this was his big breakthrough. Director John Ford revolutionized the film industry with new technology and put the western genre on the map.