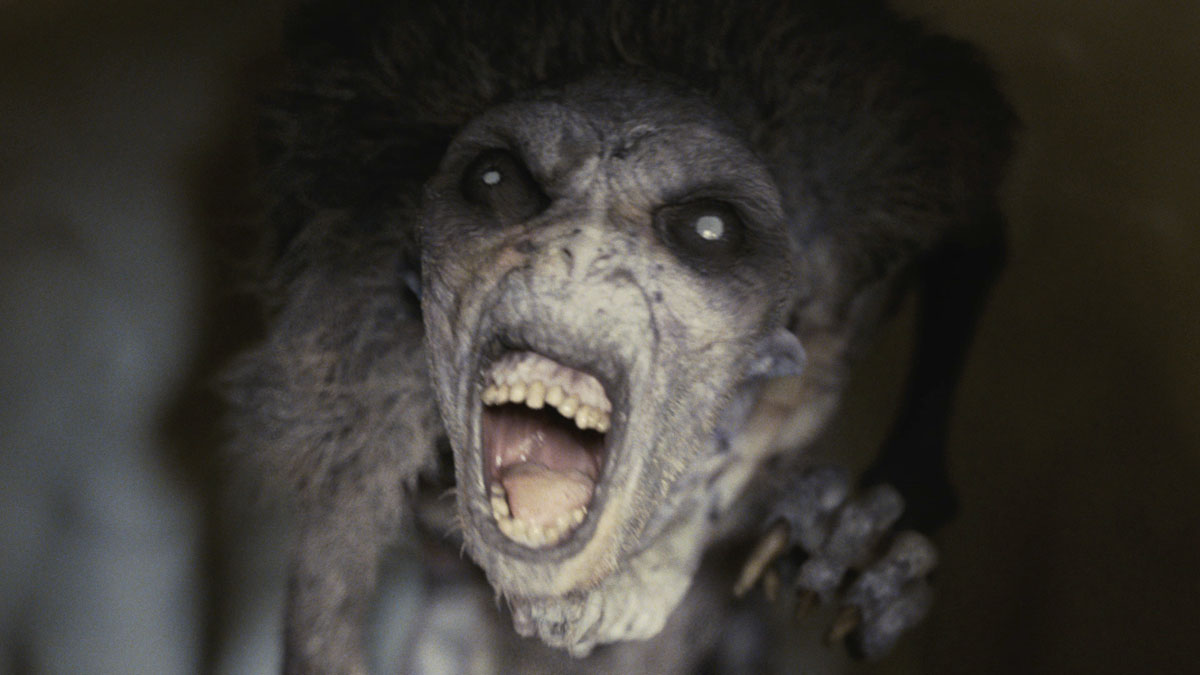 In the Don’t be afraid of the Dark Movie from 2010, the creatures play a central role.

The creatures in the movie could be called Homunculi, but also called “Tooth Fairies”.

The first time we see the creatures properly is when they attack Mr. Harris the groundskeeper.

They thrust a screwdriver into the back of his leg.

They cut his hand.

They come running at him out of the shadows.

They stab Mr. Harris with scissors.

The first time we see their face is when Sally finds one of them under the bedsheets.

There is a father and son fairie. I’m pretty certain that’s Emerson Blackwood and his son.

Sally manages to take a photo of one of them

But the creature is smart enough to steal the photo and destroy it.

The fairies are clever and they don’t want to be discovered.

It’s a bit confusing. They want Sally. They want to eat her teeth. But somehow humans are also transformed into these creatures.

There is something bat-like about them. The long arms, the hairy backs.

If you can get them alone they are easily killed.

Even a child can just squash one with a torch.

The creatures appear to work for something else. Demons that live in the pit.

Check out my ending explained post for more about that theory.