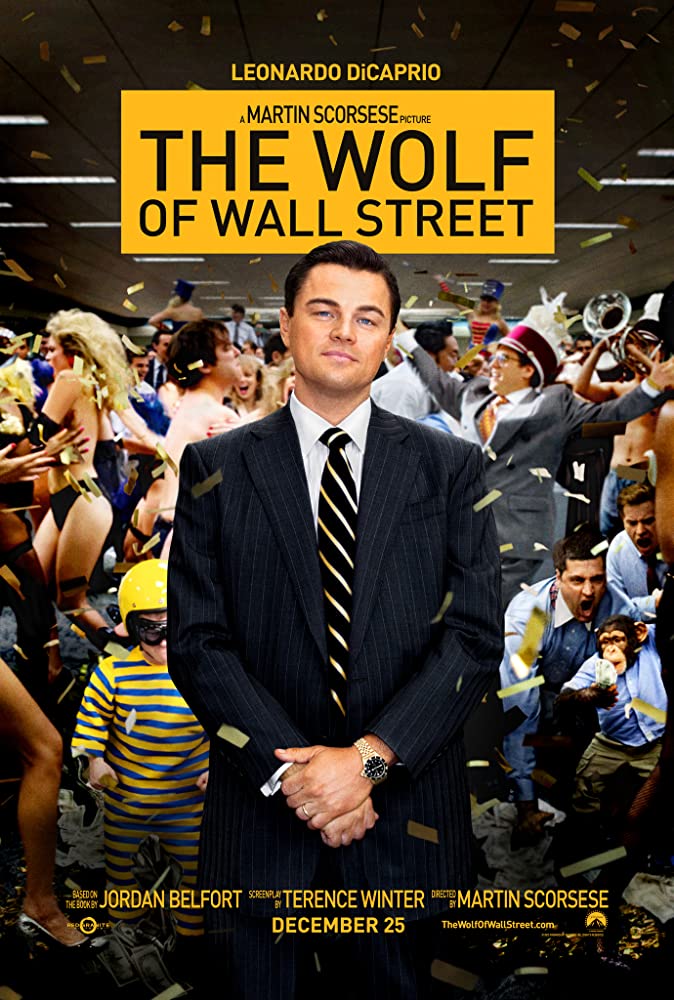 Get The Wolf of Wall Street Movie here

Master director Martin Scorsese shows himself from his very best side when interpreting the grandiose of Jordan Belfort‘s memoirs, which tells of an extinct life with women, drugs, and money in the 1990s. It is a long movie but is such entertaining and packed with interesting events that it never gets boring.

The Wolf of Wall Street portrays the legendary financial acrobat and the great scamper Jordan Belfort’s (Leonardo DiCaprio) life and life, rise and fall. In just a few years during the 1990s, Belfort succeeded in attracting billions of dollars from various investors at a financial institution in New York. With the help of, among others, Donnie Azoff (Jonah Hill) and the energy from a large portion of greed and winning instinct, he built up an illegal business through the stockbroker Stratton Oakmont. In the worst possible way, he lived an extreme life, frozen in sex, drugs and a waste that the world barely saw. Belfort’s risky outlook on life ended with his arrest and sentenced to four years in prison. He did two of them.

This is the fifth collaboration between Martin Scorsese and Leonardo DiCaprio (Gangs of New York, The Aviator, The Departed, Shutter Island) and again this time the results are very successful. DiCaprio blossoms under Scorsese’s direction and shows what a competent actor he is. He gets to use his entire repertoire as he portrays the character because Belfort is almost constantly high or low on drugs of various kinds. A great performance by DiCaprio, who was once again awarded an Oscar nomination for the best male lead role. The Wolf of Wall Street is full of good actors: Jonah Hill is brilliant and nominated for an Academy Award for Best Male Supporting Actor and both Margot Robbie and Matthew McConaughey really impress!

Scorsese is back with what he knows best: environmental and time images. Few masters describe criminal, hierarchical, and male-dominated groups like him – most preferably in their own home neighborhood, New York. It is also impressive how have managed to recreate this ecstatic echo from the aftermath of the Yuppi era with razor-sharp details and smart observations, with the feet firmly placed in the right epoch.

The film oozes with storytelling delight and Scorsese formally wallows in the extreme events of wild history. Some scenes are simply unbelievably fun and the Oscar-nominated screenplay by Terence Winter (The Sopranos, Boardwalk Empire) does not suffer directly from creative drought. That being said, Belfort’s biography has been a great source of inspiration. With such an elusive movie story that contains so much information, there is no doubt that the length of the film could have been somewhat shortened. Three hours goes by pretty fast with so much entertainment and does not get boring at any time for the most part. It is a fantastic production of an incredibly fascinating story that never moralizes but simply observes an unflattering and shocking lifestyle in an impressive way. Five stars.

The Wolf of Wall Street is such a great movie that it definitely belongs in the film collection. The Blu-ray edition is phenomenally purely technical and has a wonderful image that is only millimeters from the max rating. The sound is also highly admirable and rewarded with six stars – a very strong and dynamic soundtrack.

The Wolf of Wall Street Details

The Wolf of Wall Street Trailer

Get The Wolf of Wall Street Movie here